A Thousand Kisses: Stories of the Kindertransport 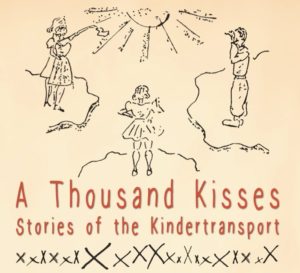 Join us for the opening of the exhibit “A Thousand Kisses: Stories of the Kindertransport.”  Between December 1938 and May 1940, almost 10,000 unaccompanied mostly Jewish children were brought to Britain from Nazi Germany, Austria, Czechoslovakia and Poland in what became known as the Kindertransport. Using the archives of The Wiener Holocaust Library, the world’s oldest collection of material on the Nazi era and the Holocaust, this exhibition tells the story of the Kindertransport through the experiences of some of the children and the loved ones they left behind.