“Into the Arms of Strangers” Film & Talk-back 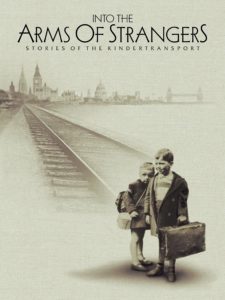 For nine months prior to the outbreak of World War II, in an unprecedented act of mercy, Great Britain conducted an extraordinary rescue mission known as the Kindertransport. Ten thousand Jewish and other children were transported from their homes in Germany, Austria, Czechoslovakia, and Poland and placed into British foster homes and hostels, expecting eventually to be reunited with their parents.The majority of the children never saw their families again. The film tells this unique story through the firsthand accounts of 12 of the children who were rescued, as well as a parent, a foster parent, and two rescuers. Their recollections are interwoven into a compelling chronological narrative and illustrated by rare archival footage, photographs, and personal artifacts.The result is a hopeful and human portrait of an unusual and edifying historical event.