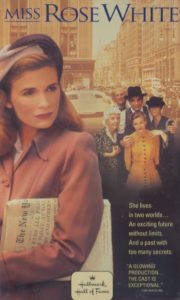 During World War II, Reyzel Weiss (Kyra Sedgwick) escapes Poland and settles in America with her father, Mordecai (Maximilian Schell), believing that both her mother and her sister had become victims of the Holocaust. As an adult, she changes her name to Rose White and remains silent about her past. After almost 20 years, however, Rose learns that her sister, Lusia (Amanda Plummer), survived. Eventually, the two reunite, and Rose must finally face her painful memories and accept her heritage. Talk-back led by Laurie Herman.