Milwaukee native Samantha Abramson holds a Master of Arts degree in Museum Studies from the George Washington University and a Bachelor of Arts degree in History with minors in Jewish Studies, Spanish, and English Literature from the University of Minnesota – Twin Cities.  Samantha brings over a decade of experience in nonprofits and museums, including the new Capital Jewish Museum, United States Holocaust Memorial Museum, Smithsonian Institution, Jewish Heritage North Carolina, and Jewish Museum Milwaukee.  Samantha followed this career path because of her passion for connecting multigenerational and youth audiences with history to inspire change for a better tomorrow.

Originally from Redondo Beach, California, Sam received her Bachelor’s degree from California State University Channel Islands in Communication for Nonprofit Business. In 2019, she graduated from Uppsala University with her Master’s in Holocaust and Genocide Studies. Her thesis project took her to Rwanda where she researched the impact nonprofit peace education has had on the young generation. It was this interest in genocide education that brought her to HERC, where she works to engage teachers and students to learn stories from the Holocaust so the world can confidently say ‘Never Again’.

Milwaukee native Nicole Gosia brings several years of experience in nonprofit development. She is a self-starter who prides herself on being a servant leader who is focused on networking, building relationships, and empowering others to see their potential. She hopes to help transform the narrative about how we show up in our daily lives for one another bound by our collective humanity.

After living in Seattle, Sara Sillars moved back to her home state of Wisconsin where she lives with her husband and two sons. She received her Bachelor of Science in Applied Psychology from Grand Canyon University. For over a decade, Sara has been studying, writing, and teaching about the Holocaust. She co-authored the book, Shanghai Deliverance, which was published in 2014. She studied at Yad Vashem in Israel.

Raised in Wausau, Wisconsin, and graduated from UW-Stevens Point with a BA in German in 2012. From 2012-2014, attended UW-Milwaukee for a Masters in German to English Translation while also working as a German language teaching assistant. It was through his Graduate program, and time living and studying in Germany, that made him realize how important it is for us to confront our painful pasts so that we may move on and grow as a society. 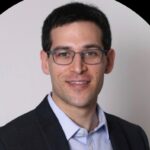 Michael A. Morris comes to HERC with both professional and academic experience in the fields of Holocaust history and Jewish history. He has previously worked at the Museum of Jewish Heritage – A Living Memorial to the Holocaust and the Jewish Historical Society of Greater Washington and interned at the Yiddish Book Center and the United States Holocaust Memorial Museum. His two M.A.s are from the George Washington University (Experiential Education and Jewish Cultural Arts) and Stockton University (Holocaust and Genocide Studies). A native of New Jersey, Michael looks forward to exploring Milwaukee and learning about the city’s history while working with the HERC staff to educate the public about the history of the Holocaust.