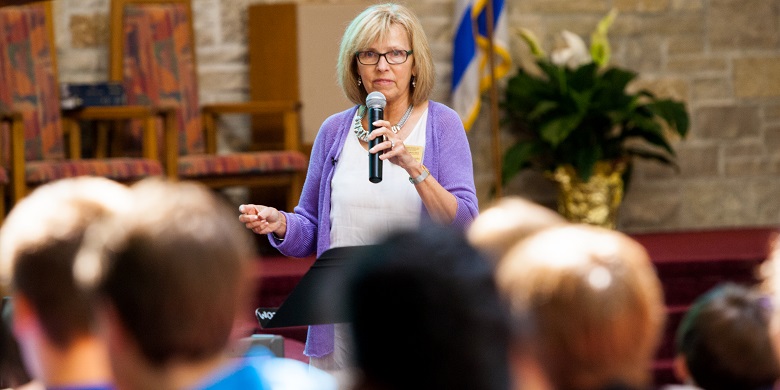 Invite one of our professional Holocaust educators to your classroom to guide the discussion, lead exercises, and address challenging topics in any of the following programs.  These educators are prepared to speak to age groups ranging from 5th grade to adult and can modify their talks based on your needs for the classroom.  All of our Educator Programs* are entirely free of charge.  For more information contact HERC@MilwaukeeJewish.org. 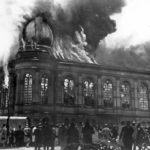 Context of the Holocaust

Designed to provide students with background knowledge of the topic, Context of the Holocaust addresses the political and economic situation of Germany which provided fertile ground for the rise of Nazism and the Holocaust.  The educator will walk students through the origins of antisemitism and Nazism, all of which played a part in the destruction of Eastern European Jewry. This is an excellent entry-level program for students in need of a primer on Holocaust history. 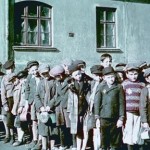 History of the Holocaust

This program consists of a chronological overview of the Holocaust that begins with Adolf Hitler’s appointment as Chancellor and ends with the Nuremberg Trials after the end of the war. The main goal of History of the Holocaust is to provide students with a basic insight about the so-called Final Solution by distinctly situating it in the social, cultural, and political circumstances that surrounded it. 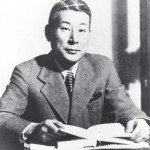 Standing UP Instead of Standing BY

Through the lens of the Holocaust, Standing UP Instead of Standing BY, speaks to students about the dangers of being a bystander. Using historical examples of Holocaust rescue, HERC educators challenge students to understand the importance of standing up for what is right. 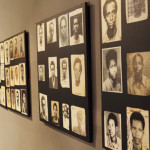 Unfortunately, the Holocaust has not been the only genocide to take place since the turn of the Twentieth Century.  This program looks at the Armenian, Cambodian, Rwandan, Bosnian, and Darfur genocides as well as at the Holocaust.  The educator will lead students in analysis and discussion of these genocides, their similarities, and what constitutes a genocide.  Using Raphael Lemkin’s definition of genocide students will consider the components of genocide as well as how and why genocides are able to occur. Genocide Today encourages students to consider the ethical concerns and human rights abuses associated with the topic. 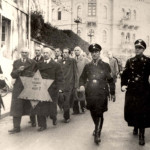 Kristallnacht: The Night of Broken Glass

Explore the story behind the notorious night in November 1938 that would become the turning point in the history of the Holocaust. Kristallnacht: The Night of Broken Glass examines the ways that this night of destruction and violence towards the Jewish people in Nazi Germany changed their fate in Nazi-occupied Europe. 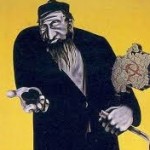 What lessons may 21st-century students learn about the extensive propaganda machine created by the Nazis? In the What is Propaganda? program, our educators will analyze how Nazi Propaganda was formed and used as a powerful and dangerous tool for influence. 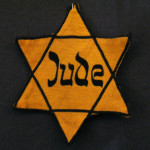 This program addresses what many call “The Longest Hatred.”  The History of Anti-Semitism looks at the violence, expulsion, and scapegoating towards Jews which took place as early as the Middle Ages throughout Europe and continued until anti-Semitism took the form of pogroms in Eastern Europe towards the onset of the First World War.