The Rabbi of Buchenwald: The Life and Times of Hershel Schacter 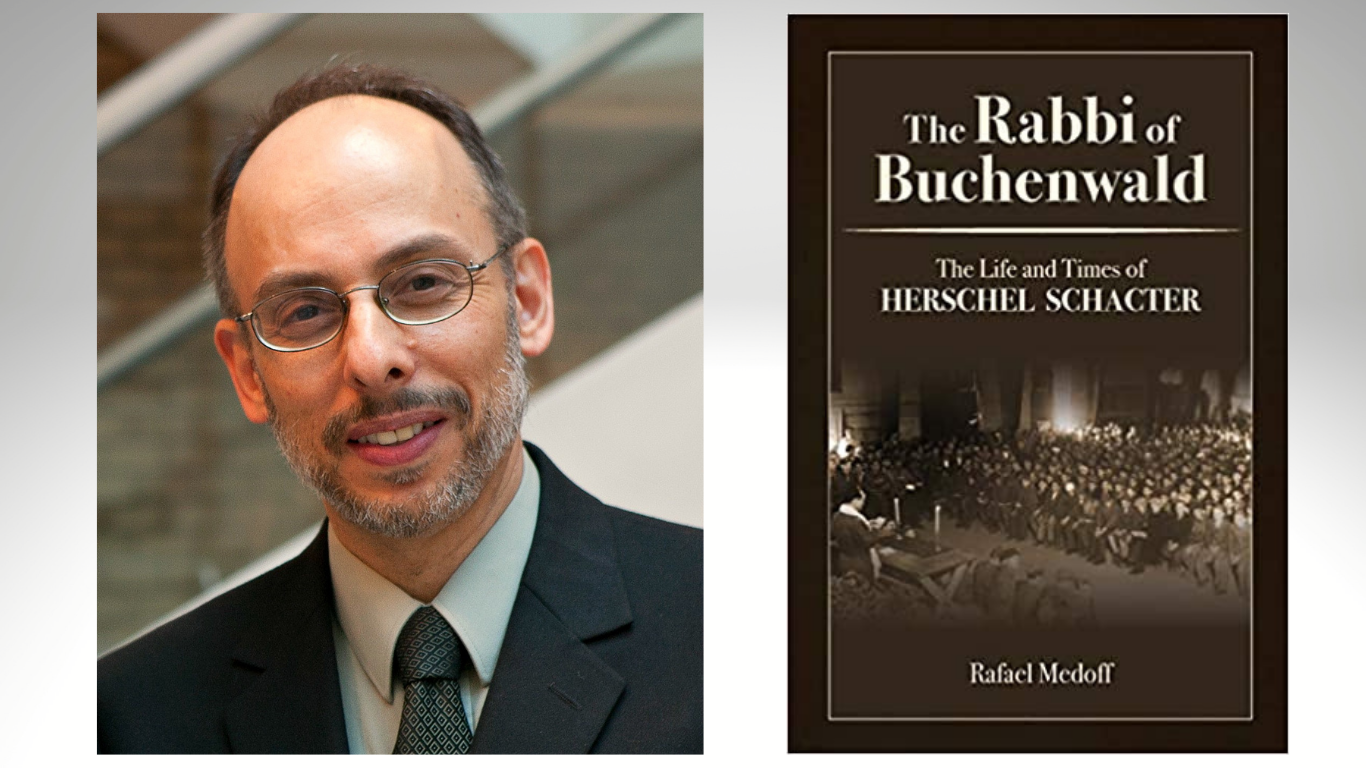 Please join us on Tuesday, December 7 at 7 pm CST with author Dr. Rafael Medoff as he discusses his new book “The Rabbi of Buchenwald: The Life and Times of Herschel Schacter.” This event will take place via Zoom webinar. Holocaust survivor Saul Blau will make a guest appearance during the presentation.

Rabbi Herschel Schacter, a U.S. Army chaplain in World War II, was part of the unit that liberated the Nazi concentration camp of Buchenwald. For two and a half grueling months, Schacter immersed himself in the world of the survivors and helped them rebuild their shattered lives. After the war, Rabbi Schacter helped spearhead a revival of traditional Judaism in America, played a significant role in the Soviet Jewry protest movement, and led the effort to secure American support for Israel. He was also the first Orthodox rabbi to chair the Conference of Presidents of Major American Jewish Organizations. The Rabbi of Buchenwald is the story of how a face-to-face encounter with the Holocaust transformed the life of an American rabbi—and how he, in turn, transformed the American Jewish community in the decades to follow.

Saul Blau was born in Tarpa, Hungary in 1930 to an observant Jewish family with seven children. At age 13 he and his family were removed from their home and sent to Auschwitz, where his parents and younger sister perished. Blau was sent to work in a coal mine camp and months later he was forced on a death march to the Buchenwald concentration camp where he was liberated in 1945 by the U.S. Armed Forces. Saul returned to Hungary in search of surviving relatives and quickly decided to join the “aliyat noar,” youth migration to Israel. Upon arriving, he joined the fledgling Israeli Air Force and remained in the country for seven years before traveling to the United States to reunite with his surviving siblings. There he met his future wife, Viola Schlesinger. They had two sons, Robert and Andrew. Saul now resides in Bal Harbor, FL.

Prof. Deborah E. Lipstadt calls The Rabbi of Buchenwald “a riveting read.” The Washington Jewish Week put it this way: “Deeply researched through archival documents and numerous interviews, Dr. Medoff’s well-written narrative…is at once a biography of Rabbi Schacter and a history of postwar American Jewry, viewed through the lens of the many leadership positions Schacter held and the ways he impacted the American Jewish community.”