The Jewish Enemy: Nazi Propaganda During WWII and the Holocaust 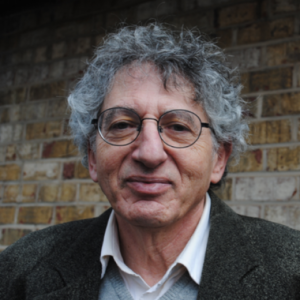 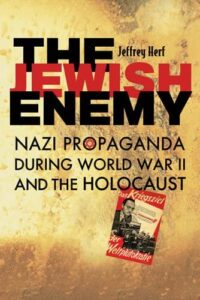 On Monday, April 12 at 4:00pm CST, please join for a lecture from Jeffrey Herf on Nazi propaganda from 1939-1945. After the presentation, there will be a Q + A where professor Herf welcomes a discussion relating propaganda tactics of the past to present day media and media literacy. The questions will be moderated by HERC’s Director of Education, Sam Goldberg.

**There are three events linked to this registration. Registration does not require you to attend all three, but you must register to attend.

Jeffrey Herf is a Distinguished University Professor in the Department of History at the University of Maryland, College Park where, since 2000, he has taught Modern European, especially German history in the twentieth century. He was born and raised in Milwaukee, graduated from Shorewood High School in 1965, and the University of Wisconsin, Madison in 1969. He received his PhD from Brandeis University in 1981, and has taught previously at Harvard, and at Ohio University. His publications include Undeclared Wars with Israel: East Germany and the West German Radical Left, 1967-1989 (Cambridge University Press, 2016); Nazi Propaganda for the Arab World (Yale University Press, 2009; The Jewish Enemy: Nazi Propaganda during World War II and the Holocaust (Harvard University Press, 2006), and Divided Memory: The Nazi Past in the Two Germanys (Harvard University Press, 1997; . In 2017 with Anthony McElligott, he co-edited Antisemitism Before and Since the Holocaust: Altered Contexts and Recent Perspectives (Palgrave Macmillan). He has published essays on contemporary history and politics in The American Interest, The New Republic, The Times of Israel, The Washington Post, Frankfurter Allgemeine Zeitung, Die Welt, and Die Zeit. His book “Israel’s Moment: International Support for and Opposition to Establishing the Jewish State, 1945-1949.

In partnership with the Jewish Museum Milwaukee.